The erosion and sediment control (ERSED) industry has traditionally been male dominated, this is beginning to change.

Women currently make up 25% of the Australasian Chapter of the International Erosion Control Association (IECA Aust) membership, and for the first time in the history of the Chapter we have a female President and Vice President.

In a survey the Chapter recently conducted asking the industry what events they would like to see the Chapter provide, one of the responses was for a Women in ERSED event.  This was the catalyst for our “Women in ERSED” webinar.  We are hoping this is the first of many more events hosted by IECA with the aim of supporting women in the industry through creating a support network where you can meet others in the ERSED industry, share ideas, improve skills and knowledge.

Each panelist will talk about their journey within the ERSED profession we will then open the session up so you can ask questions of each of the panelists.

After a somewhat varied start in the environmental industry working as a contaminated land consultant and with NSW National Parks Shonelle accepted a role as environmental advisor on a water infrastructure construction project. As a young enviro working across multiple remote projects Shonelle quickly learnt that erosion and sediment control was one of the major issues. Shonelle became a member of IECA in 2010 and quickly became involved in events, then a CPESC in 2015 and Director of the Board in 2017. After a quick progression to Environmental Manager and 8 years of construction experience it was time to do something different. Shonelle is now the CEO of a regional environmental consulting company, delivering services including ECS plan preparation, reviewing and auditing across NSW. Shonelle gladly accepted the role of President of IECA Australasia and is looking forward to an exciting year ahead.

After studying in New Zealand Kirsty jumped the ditch and has been working in the environmental field in Australia, predominantly Queensland for the past 10 years. Working initially in mining her experience varies from the coalfields and mining camps of Central Queensland to a head office of a construction company. Kirsty has been involved with IECA since 2017 where she was awarded the IECA Young Professional scholarship which has led her to now being Vice President of the association.

After studying Marine Biology in Sydney, Whitney moved to Queensland and landed in construction environmental advising after jumping ship from a floristry career. Years prior to the beginning of her ESC journey in construction in 2018, her Honours project studied the effects of herbicides and sedimentation on seagrass populations; an omen! Whitney is currently involved in ESC auditing and plan preparation in a consulting role across QLD and NSW and looking forward to more involvement with IECA with many years of ESC management ahead.

The Australasian Chapter of the International Erosion Control Association (IECA Aust) was formed in 1994, eight years later in 2002 I joined the Chapter as the Marketing and Communications Officer.  Over the last 20 years the Chapter has developed in many ways. I will share with you a little history of the Association and how it has evolved since 1994. 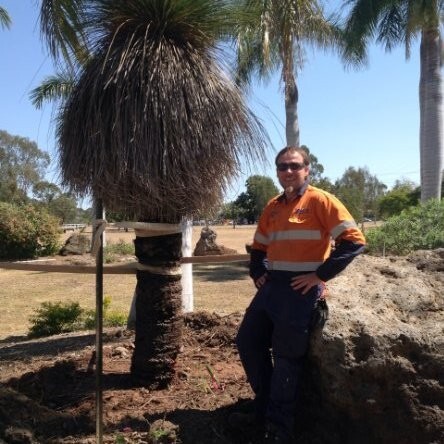 Dallas is the Environmental Manager for the Fulton Hogan Seymour Whyte Joint Venture and has a demonstrated history of working in the construction industry. He is a strong community and social services professional skilled in Environmental Issues, Erosion and Sediment Control, ISCA requirements, Biodiversity, Environmental Auditing, Environmental Awareness, and Construction. 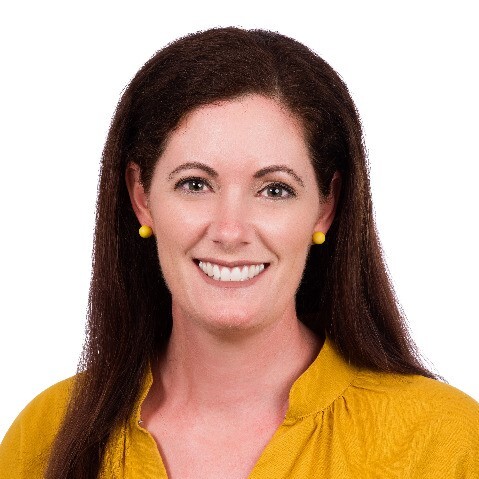 Shonelle Gleeson-Willey is the highly credentialed Director of Moss Environmental. the practice has expertise across environmental management in construction and mining, ecology, agricultural science, hydrology, contaminated land management and natural resource management. Projects completed to date include construction, mining, environmental education, project approvals, transport operations, ISCA submissions and environmental project management, earning the firm a reputation for delivering efficient, practical, and cost-effective solutions. We have created a culture that encourages professional excellence and the highest standards of work, whilst at the same time offers its people great flexibility, and a positive, collaborative environment with a strong focus on professional growth. Shonelle is also an experienced Principal Consultant with a demonstrated history of working in the environmental services industry. Skilled in Waste management, ISO 14001, Environmental Compliance, Sustainability and the Circular Economy, Environment, Health, and Safety (EHS), and Erosion Control. Shonelle is a practical consulting professional with credentials as an Infrastructure Sustainability Accredited Professional (ISAP) focused in Sustainability Studies and the Circular Economy; and a Certified Professional in Erosion and Sediment Control (CPESC). 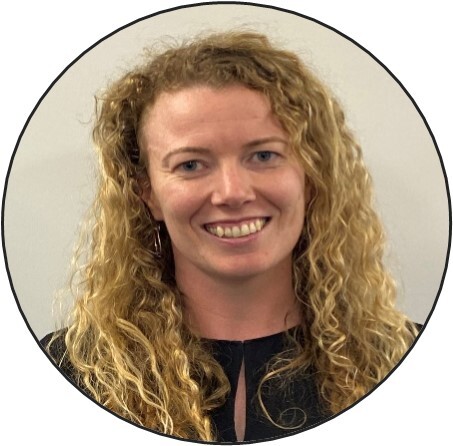 Kirsty obtained a Master of Science in Geography the University of Otago in New Zealand in 2012 with a thesis titled ‘Constructed wetlands for nutrient attenuation’ which focused on ameliorating water quality from agricultural runoff in southern New Zealand.

Kirsty became involved with IECA in 2017 when she was awarded the IECA Young Professional Scholarship and has been working with them since.

In her spare time Kirsty likes to live an active lifestyle, enjoying hiking, discovering South East Queensland and is a keen traveller, exploring all that Australia and the world has to offer. 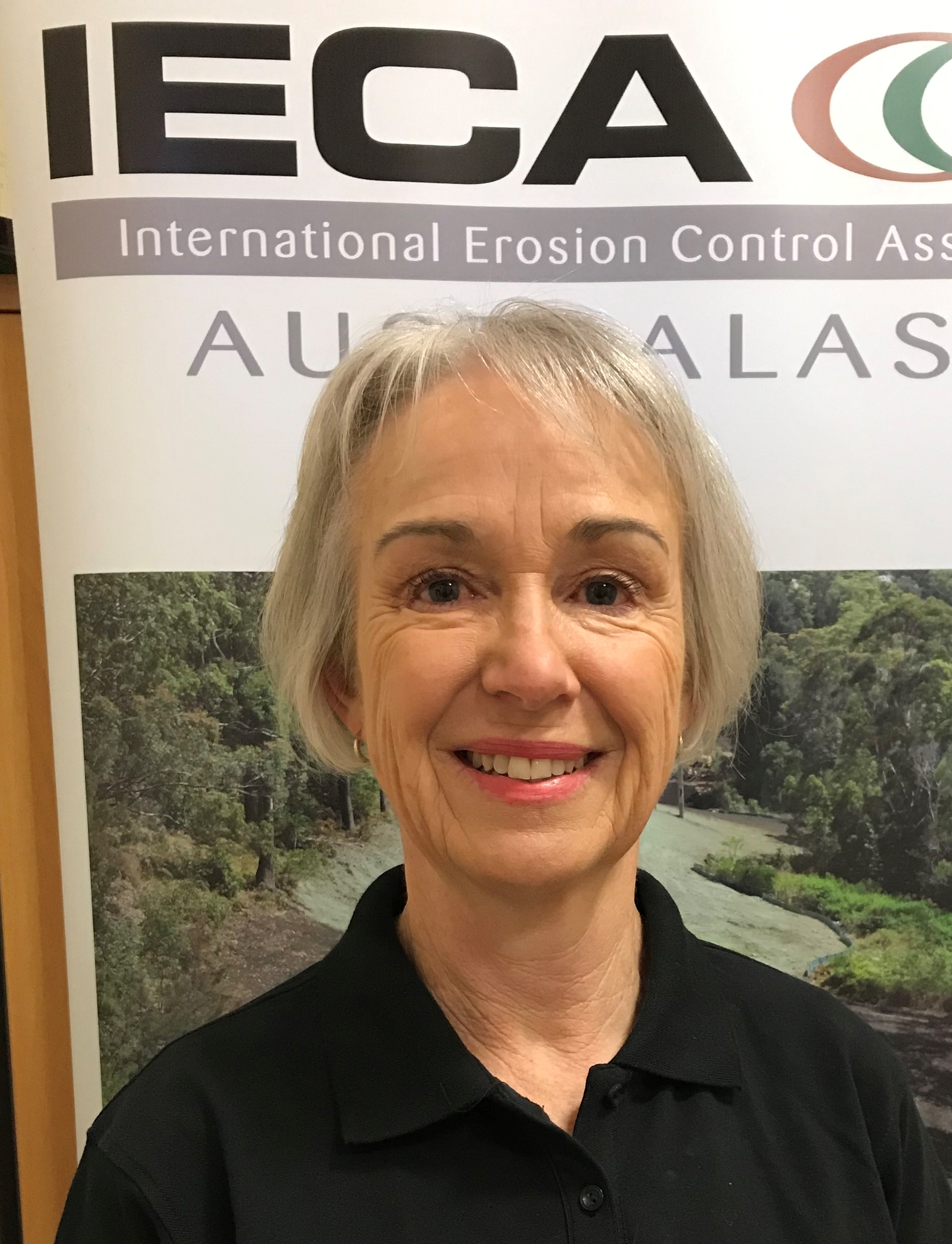 Sandra is the Communications Officer for the Australasian Chapter of the International Erosion Control Association (IECA Aust).  She has held this position for the past 19 years and is the first port of call for anything related to IECA.  She takes great pride in serving the erosion control industry.  In her role Sandra manages all IECA Aust memberships, the Certified Professional in Erosion and Sediment Control (CPESC) application process in Australia and New Zealand, organisation of IECA Aust Events, production, and publication of the IECA Aust Newsletter plus much more. 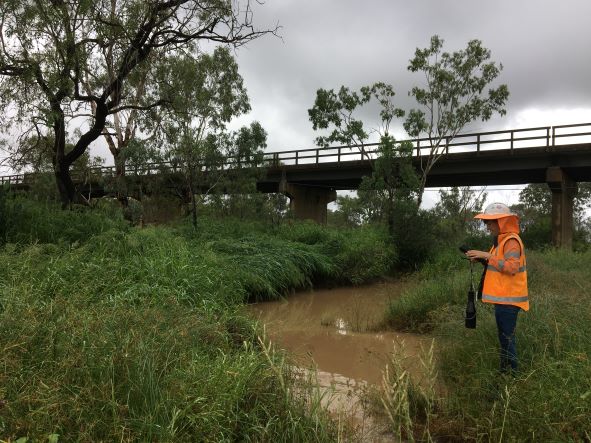 After studying Marine Biology in Sydney, Whitney moved to Queensland and landed in construction environmental advising after jumping ship from a floristry career. Years prior to the beginning of her ESC journey in construction in 2018, her Honours project studied the effects of herbicides and sedimentation on seagrass populations; an omen! Whitney is currently involved in ESC auditing and plan preparation in a consulting role across QLD and NSW and looking forward to more involvement with IECA with many years of ESC management ahead.

All pricing in the IECA eHub are posted in USD. For live events, review your local date/time in the content tab, be sure to 'add to calendar' to save your event on your calendar. You will join the event through this same page in the IECA eHub.

Attendees are never permitted to record any of IECA education events including, but not limited to, online courses, webinars and live presentations.